Here’s a quick photo from my phone on Mission Beach in San Diego. The waves were stellar and I forgot to add this to my San Diego post the other day. 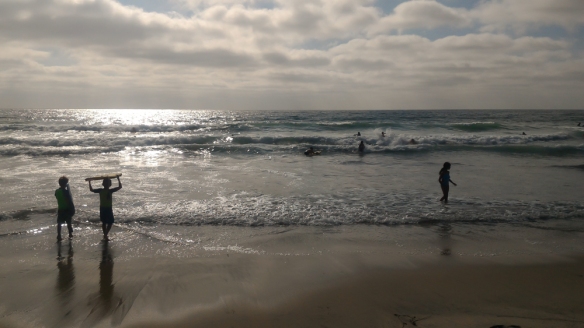 And now on to Arizona!

The drive from San Diego to Arizona was a beautiful one. I’ve never driven through so many different environments in such a short time. First we got to see across the border and into Mexico. Now we’ve seen into both of our neighboring continents on this trip! (Niagara Falls was when we got a sneak peek into Canada)

Beyond the wall is Mexico. Yup, we already have a wall Mr Trump. Also, we went through two security checkpoints to determine our citizenship. We are citizens so we got to move along. On to the crazy landscape changes. 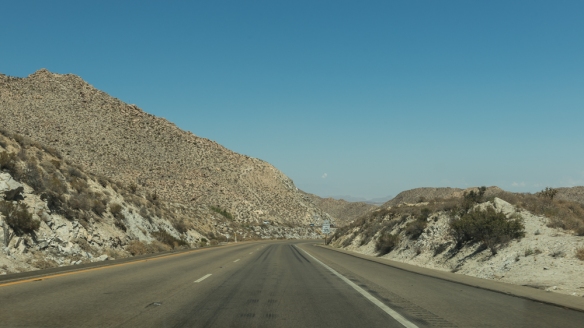 And then green lush fields complete with a rainbow. You would think this was Ireland. I’m kicking myself today because I drove most of the afternoon through gorgeous red sandstone canyons complete with giant cacti. Kara was snoozing beside me and rather than waking her up to take pictures I figured we would see more before the end of the day… we did not. 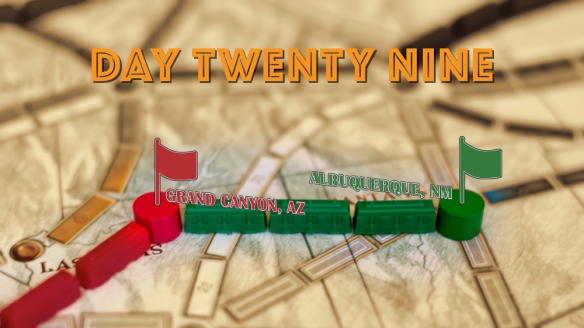 We got up at 3:30 in the morning to go see the sunrise at the Grand Canyon. Here it is! 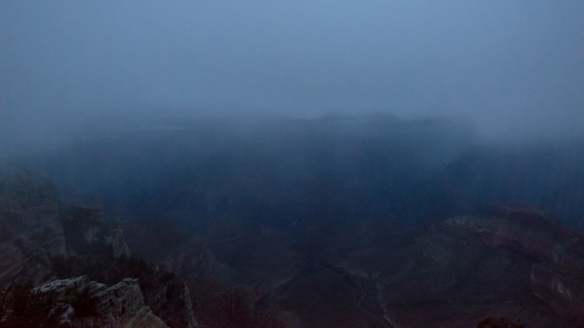 It was cloudy and raining the entire morning on the way to the canyons but I was still holding out hope that we might get lucky. Instead, the canyons were completely filled with clouds and fog at dawn. So I didn’t get the dramatic sunrise photos of my dreams but the weather did start to clear up as the morning wore on. 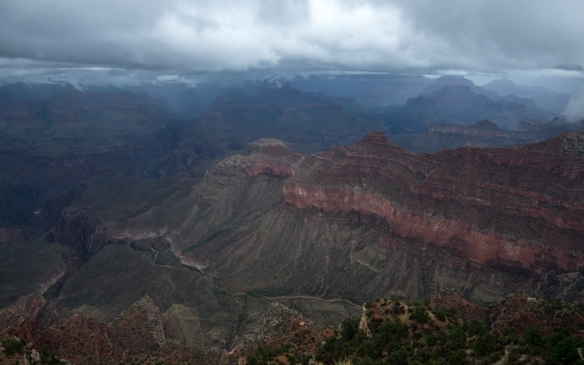 Pretty cool even with the clouds and fog. 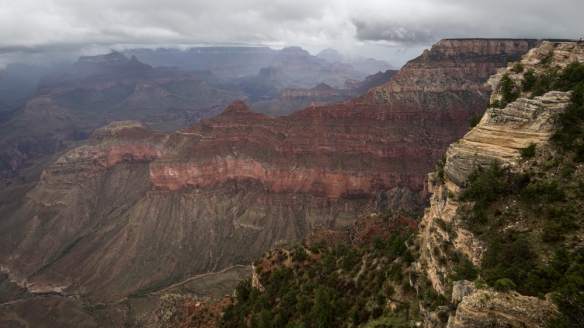 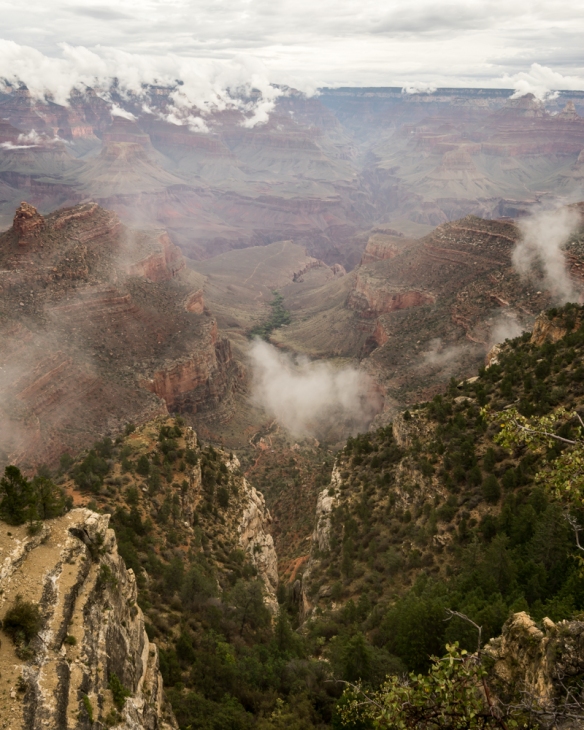 That canyon goes down a long way. I’m sure you already knew that.

On the way out of the park there was this massive stag elk snacking on a nearby tree.

On the way out of the park we found the National Park sign that Tom & Joni posed in front of so many years ago. We did our best to recreate the pose. Unfortunately I don’t have an image of the original to share, that will be a project for another day. 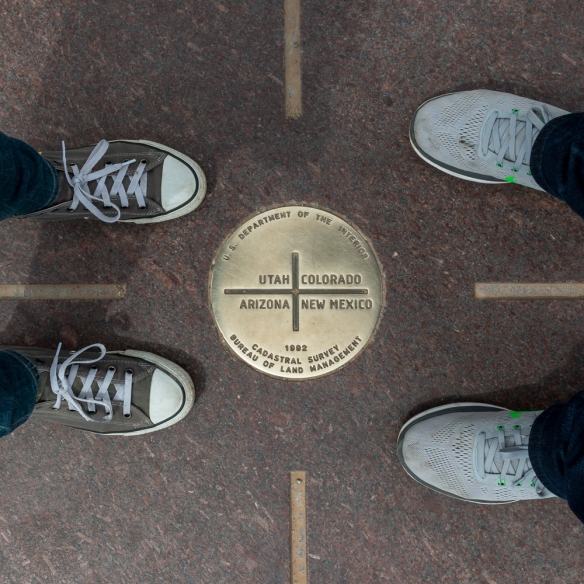 Our next stop for the day was going to be Monument Valley but we weren’t going to have enough time. So we skipped over that stop and moved on to Four Corners. This didn’t really need to be a stop on our journey in retrospect but what can you do?

The rest of our journey to Albuquerque was fairly uneventful, it took longer than we anticipated. The views were pretty but it was still pretty cloudy and rainy. Once we got near Albuquerque we passed the Sandias which were stunning. I did get photos of those but I just haven’t edited them yet.

We met up with Kara’s cousin Joe Senechal and his girlfriend Petra in their home in Albuquerque and we had a fabulous dinner in town. After dinner we took off to the desert to take some night photos of away from the light pollution of the cities. 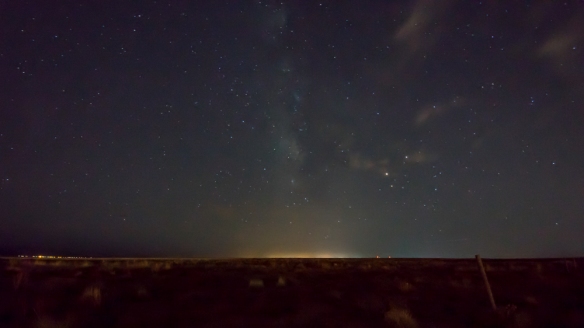 Yup, that’s the milky way in the middle of the photo shooting up from the city lights in the distance. 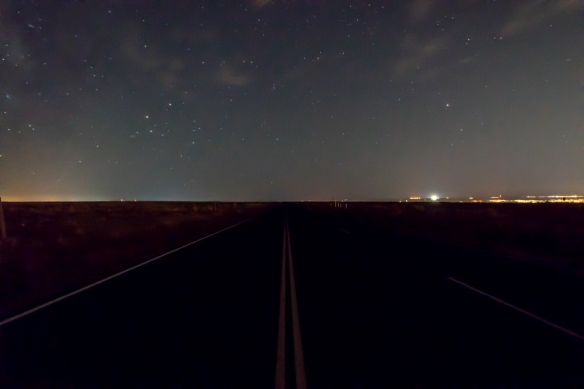 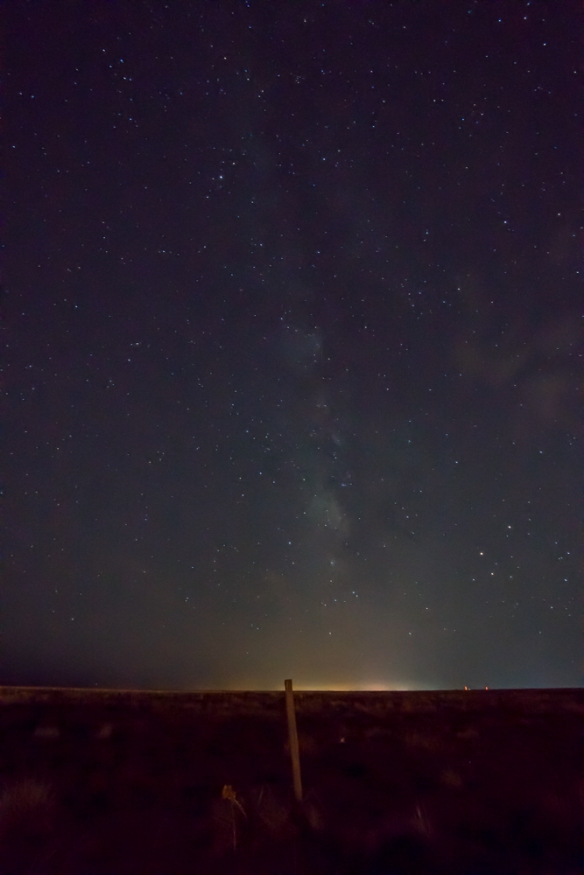 I don’t have all of my editing tools loaded onto Kara’s laptop so there’s a little bit more noise than I’d like but I couldn’t keep myself from sharing these shots.

Last but not least is this awesome sand snake sculpture in the middle of the road.

Today was a great day in Albuquerque. I’ve got lots more photos to work through on the road tomorrow for my next post!