Tonight’s photo is from the aquarium. My niece Emma is in the foreground with a giant sea turtle slowly coming into view. I love this shot because Emma has the most expressive hands of anyone I’ve ever met. I remember her saying over and over again “that’s a really big turtle!” I love the fact that you only need to see her little hands to read the expression on her face.

I couldn’t resist pairing tonight’s photo with the name of a really spectacular band. Tonight’s photo is one I’ve been holding onto for a while because it was used as a gift for my mother’s birthday which she is celebrating today! Happy Birthday Mom!

The photo was taken on the Fourth of July from the end of my parent’s pier in Marblehead. They have an amazing view across Salem Harbor and it allowed for some really beautiful long reflections off the water.

This first photo was what we chose to print on a canvas that will hang in their porch next to their American Flag. The red, white and blue off the water is just so perfectly laid out, I feel like I was just in the right place at the right time.

Here are some other choice photos from the fireworks.

Notice another town’s fireworks in the left of this photo.

And tonight’s band is Explosions in the Sky. The song is Catastrophe and the Cure. All of their stuff is instrumental and it makes really nice background music for editing and writing. Every song feels like a dramatic building moment in a movie where a losing team tries to battle back in the last period to win.

Speaking of things I can’t stop listening to, there’s a podcast that I need to tell more people about. It’s called The Thrilling Adventure Hour and it’s hilarious. Every month in a small theater in LA, they host a radio-styled play that’s either a western set on Mars, a superhero story or my personal favorite, Beyond Belief, in which Paul F Tompkins and Paget Brewster play as two high-rolling, fast-talking drunks who reluctantly solve ghost problems.

There are over 100 episodes already and they get amazing guest stars as well. If you like podcasts, I can’t recommend this highly enough.

Today’s photo is from Boston.

I listened to this song obsessively back in June. It was playing in my mind when I woke up seemingly every day at the start of summer. One day it got stuck in my head after hearing it months or possibly even years ago on a podcast and something in the lyrics snagged in my head. I think I just like the idea of breaking away and going on an adventure. 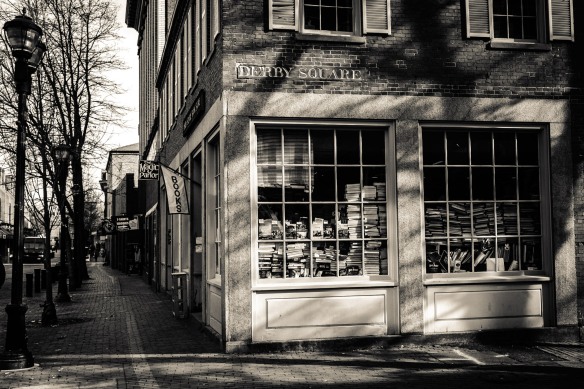