Today was a transformative kind of day.

It started terribly. Work has been particularly crazy and my coworker and I have been sharing a cold for the past two weeks. This week is his turn and he’s been down and out since Monday. We tend to have trouble keeping up with our deadlines when we’re both  healthy so it’s been slightly stressful.

I left the office to meet with Ryan and drop off the DVD of photos from the engagement shoot. After a brief chat about work and other gripes I just wanted to walk off some of the negative energy I’d been storing up for the better part of this past week. I found myself slaloming through sidewalks filled with a mass of commuters who had a similar idea.

I had to dodge a couple with a newborn who almost sideswiped me in Beacon Hill so I turned down a side street and became helplessly lured further down the rabbit hole by this burst of red-orange sunlight.

This is the kind of light that turns the mundane magical. From this point on I was no longer in my head thinking about the past or future, I was just in the moment.

Today may have been one of the last great days we have left before fall turns from a fresh, crisp stroll to a side-clutching freeze-out so I decided to just keep walking and follow the light. It brought me to this scene.

A photographer was setting up just yards away for a portrait shoot on the dock and I started thinking about myself in his shoes.

A little further up the river I found a pair of ducks huddling up and a jet catching the last of the days light creating a bright pink scar in the sky.

I crossed back into the city on a footbridge where I caught this shot.

At this point I’m thrilled. I felt like I was out in the world participating. I had some great music playing and my eyes were scanning my surroundings for my next shot. A minivan pulled up to me at a red light and a cute little girl who couldn’t have been more than 6 smiled at me and then made one of the most frightening faces I’ve ever seen. It was like a wrinkly demon sticking it’s tongue out at me. I burst out laughing which got her laughing and I felt so much better I didn’t want to stop.

I crossed the street into MGH’s campus and started looking around. I’ve spent almost no time in that area of the city so I figured it would be a great opportunity to check out some more architecture and maybe plan some nightitime shots. I looked across the street and thought about doing the same in Beacon Hill, it was gorgeous at that time of day. I felt elated as I was walking, like joy was pouring through my body.I thought about Kara’s future and looked around the buildings she may very well spend the next three years of her life.

I turned a corner and watched a couple staggering towards me and at first I thought they were drunk. I quickly recognized it however, the expression on the girls face was so plain and easy to read, the mix of terror and shock. She and her boyfriend were leaving the hospital where at the time I was still in my funk, she was saying goodbye to someone for the last time.

I wanted to weep for her. Her grief was contagious and I felt shaken after that.

All the emotion had been building to this moment, both positive, negative, past, future, joy and sadness made me feel like I was going to start laughing or crying or both.

Slowly my elation and grief transformed into a kind of gratitude. That’s why I had to write this tonight.

A little over a weekend ago I borrowed my friends Ryan & Lacey for an impromptu engagement shoot. I had a blast and we ended up walking and taking pictures for over an hour and a half. They were incredibly patient as I directed them from spot to spot and walked all over Back Bay and Beacon Hill. As my first “real” portrait shoot I had a fantastic time. I never would have guessed that I enjoyed posing people and coming up with ideas on the fly.

Ryan and Lacey are a very cute couple together and I feel like some of these shots capture some of their energy together. I’m excited for their wedding in November in Austin and I was really happy I could give them a little something with a Boston flavor before their big day.

Here are some of my favorite shots. 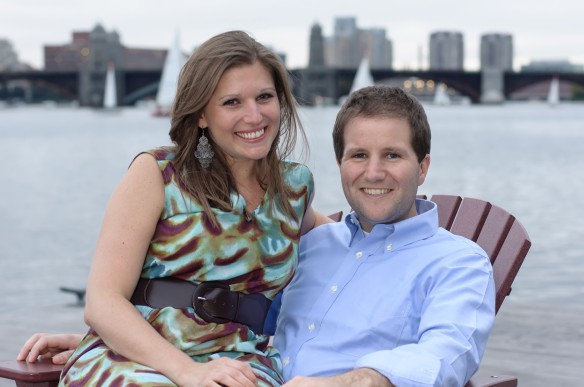 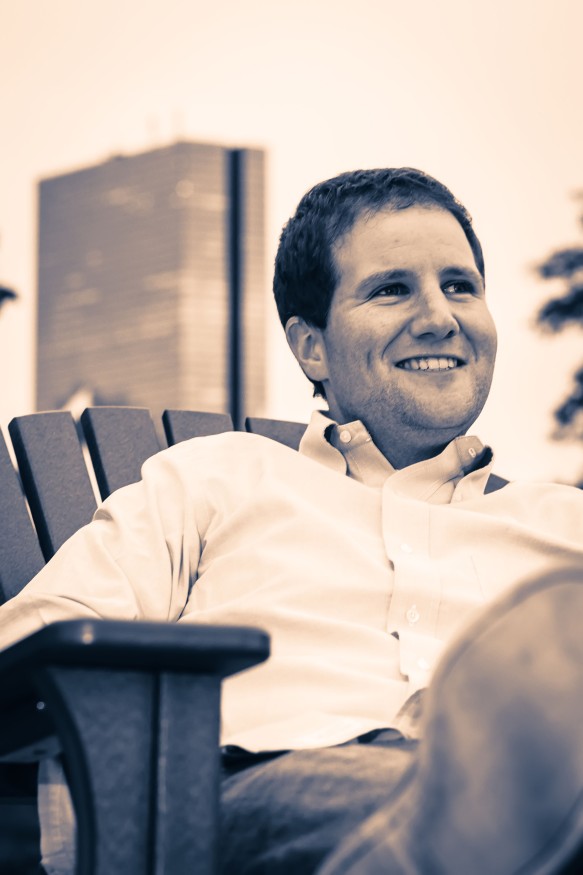 And finally, my personal favorite.